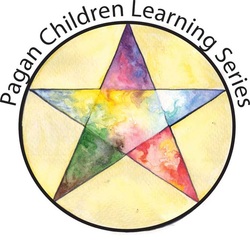 The Pagan Children Learning Series is a series of books meant to open up communication between pagan parents and their children about their beliefs. We purposefully split the series up into many small topics, so that parents can more easily pick and choose which topics they want to present to their children. We have kept the topics as simple as possible so that you might expand with your own personal specifics. 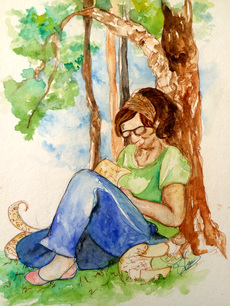 Rowan Moss is a mass consumer of books, a tree hugging hippie, an adorer of guinea pigs, and a lover of learning. She dreams big and often. There are so many books and ideas in her head that she fears she'll never write fast enough to share them all. However, she also has a bit of trouble writing or talking about herself, hence this short bio.

Rowan holds multiple degrees and is also a Certified Yoga Teacher. She's written other books under a mysterious pen-name that she refuses to divulge. She lives in a Michigan forest, that she's convinced is enchanted, with her son and a spoiled guinea pig. 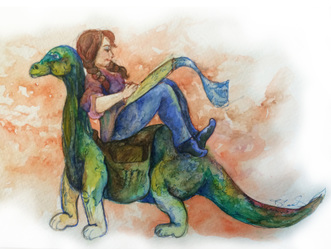 T.S. Lamb was born in a town terrorized by Trolls. Escaping to live for years among the EMU. T.S. spent time drunk in Ireland, only to sober up in Germany. After having narrowly avoided being done-in by an infant, T.S. resides in Michigan with her 2 kids, 3 cats and much abused husband.

T.S. creates custom art for the special occasions of life, Pinups, Graphic Design and fantasy art. Check out her art through her business Epiphanies and on Facebook.

She has now illustrated 7 children's books; Asim Gets His Awesome, Who is a Witch?, What is Magic?, What are the Elements?, How To Get Rid of Monsters, The Night Grandmother Moon Invited Me Up For Tea, and The Dinosaur Picnic.